The global popularity of Korean content such as K-Pop, K-drama, and Korean films is increasing, and a boom in Korean language learning is taking place. With the rise in mainstream popularity of K-pop music and Korean dramas in the United States, the so-called "Korean Wave" (Hallyu) seems ready to peak. According to a report by the Korea Foundation, the number of Hallyu fans around the world reached 156.6 million as of December 2021, a 17 times increase over the past 10 years. In response to the growing global interest in the Korean language, King Sejong Institute which is the Ministry of Culture, Sports and Tourism as an agency of the Korean government, has established over 230 Korean language academies in 84 countries. 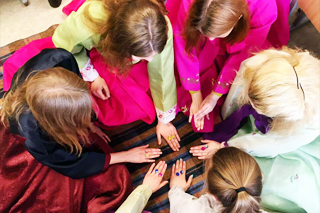 In order to help people learn Korean, BTS Korean classes are taught not only in the US, but also in many universities in France, Russia, Vietnam, etc. A study by the University Council of Modern Languages found that between 2012 and 2018, the number of UK university students taking Korean language courses more than tripled. According to language learning app Duolingo, Korean is the 14th most spoken language in the world and the second fastest growing language in the world after Hindi. With the main campus in the St. Louis metropolitan area city of Wentzville, Missouri, Midwest University now offers bachelor's, master's, and doctoral degrees through face-to-face, online, and distance education. King Sejong Institute foundation has approved King Sejong Institute in Wentzville affiliated with Midwest University. Through the King Sejong Institute, Korean culture, art, and language will be more extensively known to American society. To celebrate the opening of the Korean language school in Wentzville, the school is offering free trial classes during the 2022 fall semester with only a one-time pay registration fee of $50 (Limited to the first 50 participants). For further information, contact Korea Center at klc@midwest.edu .